The name Certaldo derives from the Latin “cerrus alto” which means “high ground covered in Turkey oaks”. It is the countryside and hilly landscape which really characterise the area of Certaldo, a hamlet of Etruscan-Roman origin.

Its history, documented through the discovery of relics from the time reveal that it was particularly active during the period of Federico Barbarossa, from 1164 when he gave over Certaldo to the Alberti Counts, who dominated it until the end of 1200.
Under the Florentine Republic Certaldo became the seat of the Vicariate in 1415, thus becoming the most important political and judicial centre of the Valdelsa during the Medici period. Evidence of its dense history is provided by the walls of the “Castello”, which still surround most of the upper part of the hamlet, with its gates: Porta Alberti, Porta al Sole and Porta al Rivellino.

Farming and local products characterise this hilly landscape, at its best in the production of extra virgin olive oil, Chianti D.O.C.G wines and in gathering truffles.

A splendid historic hamlet surrounded by cultural and artistic centres of great importance such as Florence, San Gimignano and Siena, Certaldo offers relaxing stays and active holidays in the country, pervaded with genuine Tuscan flavours to appreciate in both the medieval hamlet and the new town centre linked by the new funicular railway. 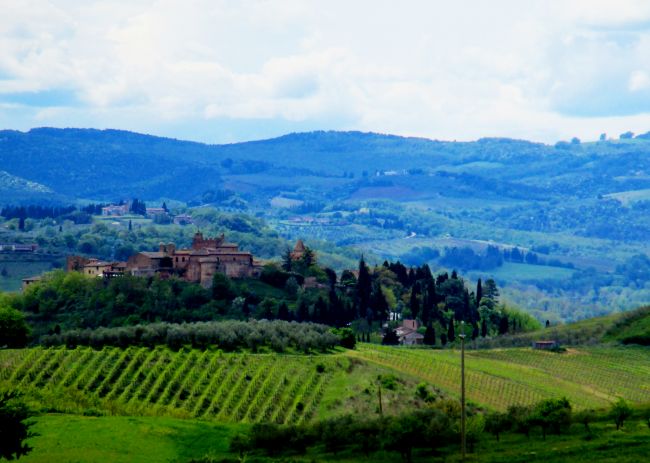